Aviation, like many other industries, has discovered the advantages of artificial intelligence. Just about every major airline now utilizes Artificial Intelligence or AI, as it is commonly called, to improve customer service, streamline airline logistics, even increase security at airports. Intelligent automation can already be found in cockpits, scheduling systems, air traffic control; it is even embedded in kiosks that handle our airport baggage.

What is Artificial Intelligence?

AI is computer technology that is designed to learn and imitate human behaviors.  In other words, it replicates human tasks, like customer service, and can supply answers in real-time using natural human language that is reliable and correct. But it is much more than that.

According to Technopedia, Artificial Intelligence can:

AI is capable of cross-referencing data (even unstructured data) finding patterns and mapping information from different sources to reach logical conclusions based on the information it has amassed.  In other words, AI can think like us and work like us without having to collect a paycheck or be given a benefits package. And once Artificial Intelligence “learns” a human job function, it often surpasses human benchmarks for speed and efficiency over time.

The commercial airline industry in the United States is approaching a 200 billion dollar industry. It accounts for almost 3% of the national GNP and according to most prognosticators, it will continue to expand at a breakneck rate for the next two decades. The coming expansion to the air travel system is so great, it is estimated that up to one trillion dollars in airport infrastructure improvements and modernizations will need to be invested in the next 15 years.

At present every major airline uses Artificial Intelligence to run parts of its business. Here are some of the ways each airline is pursuing the use of AI:

American Airlines holds a 24-hour hack-a-thon called Hack Wars in Austin, Texas every Spring.  The idea is not as nefarious as it sounds.  It’s an invitation to over 700 American Airline designers, developers and IT gurus to come up with new apps that will improve American Airline’s business at as many customer and employee touch points as possible. One recently developed app that came out of Hack Wars now helps passengers determine the size of their luggage and calculate any additional service charges their baggage may require.

Delta has turned to AI in a similar manner having invested $600,000 at self-service bag check in kiosks.  Additionally, Delta is using Artificial Intelligent facial recognition technology to match passengers with their passport information at Minneapolis-St. Paul’s airport. The system cross-checks the passengers and their passports on the spot.

Southwest is using AI to identify flight glitches based on pilot reports across the system and using the learning to catch problems before they develop, thus avoiding a serious incident in the future.

United has partnered with Amazon to make use of Alexa for an app called “United Skill.”  It allows customers to get direct answers to the most commonly asked questions about United Airlines’ service, including scheduling and flight availability.  Alexa can provide users such useful information as flight status, flight times, flight amenities, check-in and departure times and more.

NASA is into AI as well.  It has created a data management system which continues to create new algorithms as aerospace industry data comes in from pilots, engineers, the FAA, and other stakeholders in the aerospace universe. It applies this incoming information to everything from safety to aeronautics.

Facial Recognition is a Big Thing

Industries involved in healthcare and security are embracing Artificial Intelligent recognition for obvious reasons that involve better identification.  But facial recognition is also a marketing tool that could generate real revenue, as much as $9.6 million in the future.

For example, facial recognition could be installed at airport entrances, where it could scan and cross-reference a customer face with his or her Facebook profile to determine flight preferences, then generate a special promotion displayed directly to their smartphone.

By collecting and analyzing data from all forms of information, airlines can personalize and customize each person’s travel experience.

Other Ways AI is Helping Aviation

Pilot’s have quite a lot of AI in their cockpits already. From Flight Management Systems (FMS) to simple autopilots, AI is helping us fly safer and better. Today, AI is beginning to address issues outside the cockpit.  With expanded airspace, issues such as the addition of drones into the national airspace, there is an increasing need to “control” more airspace and more kinds of traffic. As the system expands it could become beyond the scope of mere humans to keep up with the increase and to keep it safe. With AI to help, airspace and traffic issues could be contained and managed better.

To be clear, the idea is not to allow Artificial Intelligence to take over the air travel system, but to enhance its value with humans to keep the system safe, comfortable, and yes, efficient and  profitable for all. 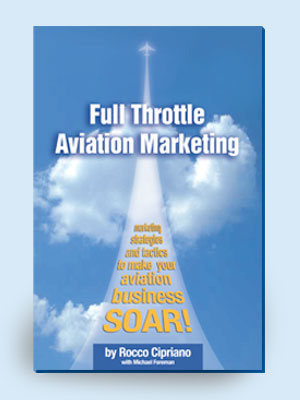